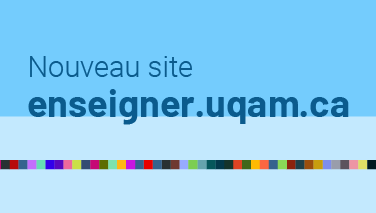 Our colleagues Wilfried Koch and Julien Martin have just published a paper in the Review of Economics and Statistics.

In their paper entitled “Knocking on Tax Haven’s Door: Multinational Firms and Transfer Pricing” Julien Martin, with Ron Davies, Mathieu Parenti and Farid Toubal, provide direct evidence that multinational firms manipulate their transfer prices to shift profits toward low-tax countries. They show that tax avoidance through transfer pricing is economically sizable and extremely granular: The bulk of the loss for tax authorities is driven by the exports of 450 firms to ten tax havens. The fiscal outcomes are therefore sizable.

The paper of Wilfried Koch, written with B. Diallo (former PhD student in our Department), entitled “Bank concentration and Schumpeterian Growth : theory and international evidence » and investigates the relationship between economic growth and bank concentration. Using the Schumpeterian growth paradigm, the authors theoretically and empirically show that the effects of bank concentration plays no role on the most advanced economies, but plays a negative role on developing countries farther from the frontier especially those with a certain level of their financial development.

The Economics Department continues its expansion with the recruitment of five new professors!

Following an exceptional recruitment campaign, which lasted some four months, we are happy to announce the arrival of five new professors among our ranks.  Our new colleagues are:

Marie Louise Leroux (Toulouse)— Having completed her doctoral thesis under the supervision of Helmut Cremer, Marie Louise is currently at CORE at the Catholic University of Louvain.  Her areas of specialization are public finance, health economics and political economy.  She has several publications to her name with various co-authors, in journals including the Journal of Public Economics, the European Journal of Political Economy and the Journal of Health Economics. Marie Louise has devoted particular attention to the study of population ageing, optimal taxation and pension plans, topics that are of particular interest to policymakers.

Alessandro Barattieri (Boston College)— Following a PhD thesis under the direction of James Anderson, Susanto Basu and Fabio Ghironi, Alessandro works in the fields of international economics (finance and trade) and macroeconomics.  His recruitment seminar was impressive in its dynamism, clarity and depth, and it dealt with the topics of comparative advantage, the balance of trade in services and global disequilibria.  He is co-author with Susanto Basu and Peter Gottschalk of a recent NBER working paper (No. 16130) on the frequency of adjustment of nominal wages, drawing on microeconomic data.

Sean Horan (Boston University)—  Having completed his doctorate under the supervision of Barton Lipman, Sean works mainly in the areas of decision theory, microeconomics, and law and economics.  He also holds a Bachelor’s degree in mathematics from Princeton University and a Master’s in law from the University of Toronto.  His original research in decision theory, which draws on choices expressed in the form of lists, is likely to give rise to several interesting applications.

Dalibor Stevanovic (Université de Montréal)—  Currently a visiting researcher at the University of Pennsylvania, Dalibor completed his doctorate in the fields of econometrics and macroeconomics under the supervision of Jean Boivin and Jean-Marie Dufour.  He works on the development of methods for the estimation of so-called “factor” structural models, which can be used in order to measure monetary policy and credit shocks more precisely and make relevant macroeconomic predictions.  He has also worked on the estimation of open-economy models, particularly for Canada.  He is co-author of several papers with Jean Boivin, Jean-Marie Dufour and Marc Giannoni.

Pierre-Yves Yanni (UCLA)— Following a Master’s in economics from UBC, Pierre-Yves completed his PhD under the direction of Hugo Hopenhayn.  He works in the field of applied economics, macroeconomics and industrial organization.  His research deals with incentives for risk-taking in the financial markets.  In a context of dynamic general equilibrium with adverse selection, he has shown that the incentives for risk-taking by agents are interconnected.  These complementarities amongst agents in the choice of risk level lead to multiple equilibria and, in certain situations, to sub-optimal risk choices.

The Department extends a warm welcome to all our new colleagues, and thanks the members of this year’s Recruitment Committee: Kristian Behrens, Marie Connolly-Pray, Yvon Fauvel, Stéphane Pallage and Louis Phaneuf.

CIRANO is pleased to announce that the UQAM team has won the first CIRANO Budget Policy Challenge. The team, supervised by Jean-Denis Garon, professor in the Department of Economics, is composed of Amor Aniss Benmoussa, Philippe Jacques, Pierre-Loup Beauregard and Samuel Mignault. The Université de Sherbrooke team finished second.

Congratulations to the team!

Our colleague Till Düppe received the ESHET Young Researcher Award. This prize recognizes scholarly achievements of historians of economic thought at an early stage of their career. The prize is awarded to scholars below the age of 40 at the time of the annual conference in recognition of outstanding publications in the history of economic thought.

The Department is delighted to announce the recruitment of three new faculty members in 2017 :

Mikhaïl Davidson and Antoine Thompson-Leduc, a students in the Master’s program in economics, is the recipents of the Analysis Group scholarship for the year 2017.  The scholarship consists of a $20,000 stipend and an internship at Analysis Group. Each year focuses on issues of applied economics.

Congratulations to Mikhaïl and Antoine !

In memory of Pierre Lasserre

It is with great sadness that we announce the passing of our colleague and very dear friend Pierre Lasserre. Pierre was killed in a skiing accident on the slopes of the Mont Blanc Massif in the French Apls on Monday April 10.

Pierre’s passion and expertise was the study of resource and environmental economics. His research focused on investment, real option values and the rôle of institutions in economics.

His great kindness and compassion as well as his warm smile made him a dear colleague. He was appreciated and admired by all who came into contact with him. We miss you already Pierre.

Our sincerest thoughts go out to his wife, his children, and his family. We share your pain and loss.

Recognized for the quality of its practice-oriented education, the excellence of its applied research, and its international presence, the School of Management (ESG UQAM) asserts its leadership with a bold vision for the future.